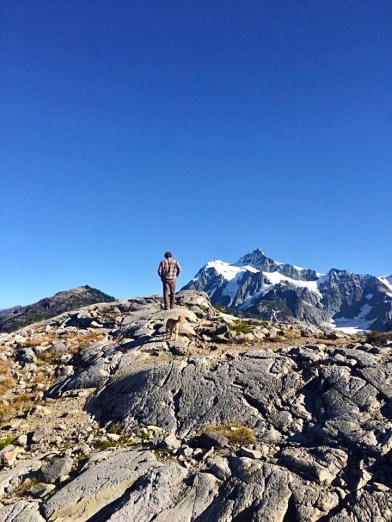 As mentioned, when I first tell folks I have ALS, 99% of initial responses approximate this:

I can’t imagine what you are going through! If there’s anything at all that I can help with, please let me know!

After that, the conversations can vary greatly, but another idea that many people are inclined to bring up is: The Bucket List.

However well-meaning, in my quieter, alone moments, I often reflect on this and it kinda bugs me on numerous levels.

And so, fuck the bucket!

P.S. Ok, I admit it, I did indulge in one Bucket List-ish thing…

In August 2019, I was scanning through my Twitter feed, when I came upon this:

No, not a 10K or marathon, but rather shows by surviving members of the Grateful Dead, at my old stomping grounds, Madison Square Garden, the place where the biggest names in Rock ‘n’ Roll guided my inner music Devotee to become fully self-actualized, in the city where I discovered seemingly inexhaustible wonders of history, culture, the arts, AND, Julian’s birthday is Halloween, AND he’s never been to New York, OR to a Grateful Dead show!

I immediately sent the tweet to my fellow Deadhead buddy, Keith, who works in Manhattan, not far from Madison Square Garden, and the following discussion occurred:

Mind you, Keith’s monosyllabic answers are his shtick. Translation:

I require absolutely no convincing. Count me in!

A cross-country flight can be grueling in the best of health. With ALS, which occasionally causes 2-3 days in a row of nearly incapacitating fatigue, as excited as I was about traveling with Julian, seeing my friend, and attending what could be my last Dead show, I paid the added fee for refundable tickets.

Two days before we were due to depart, my wife said, “It doesn’t matter if you don’t feel good. You’ll never recover from not going.”

Highlights of the Trip 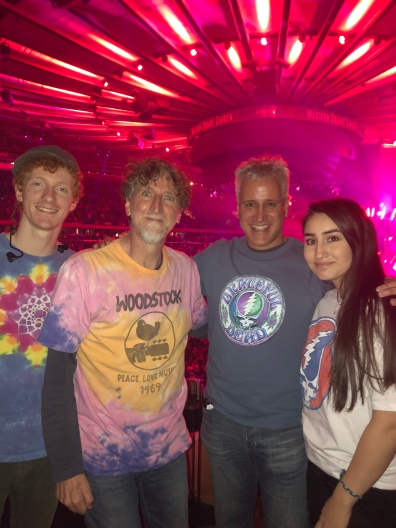